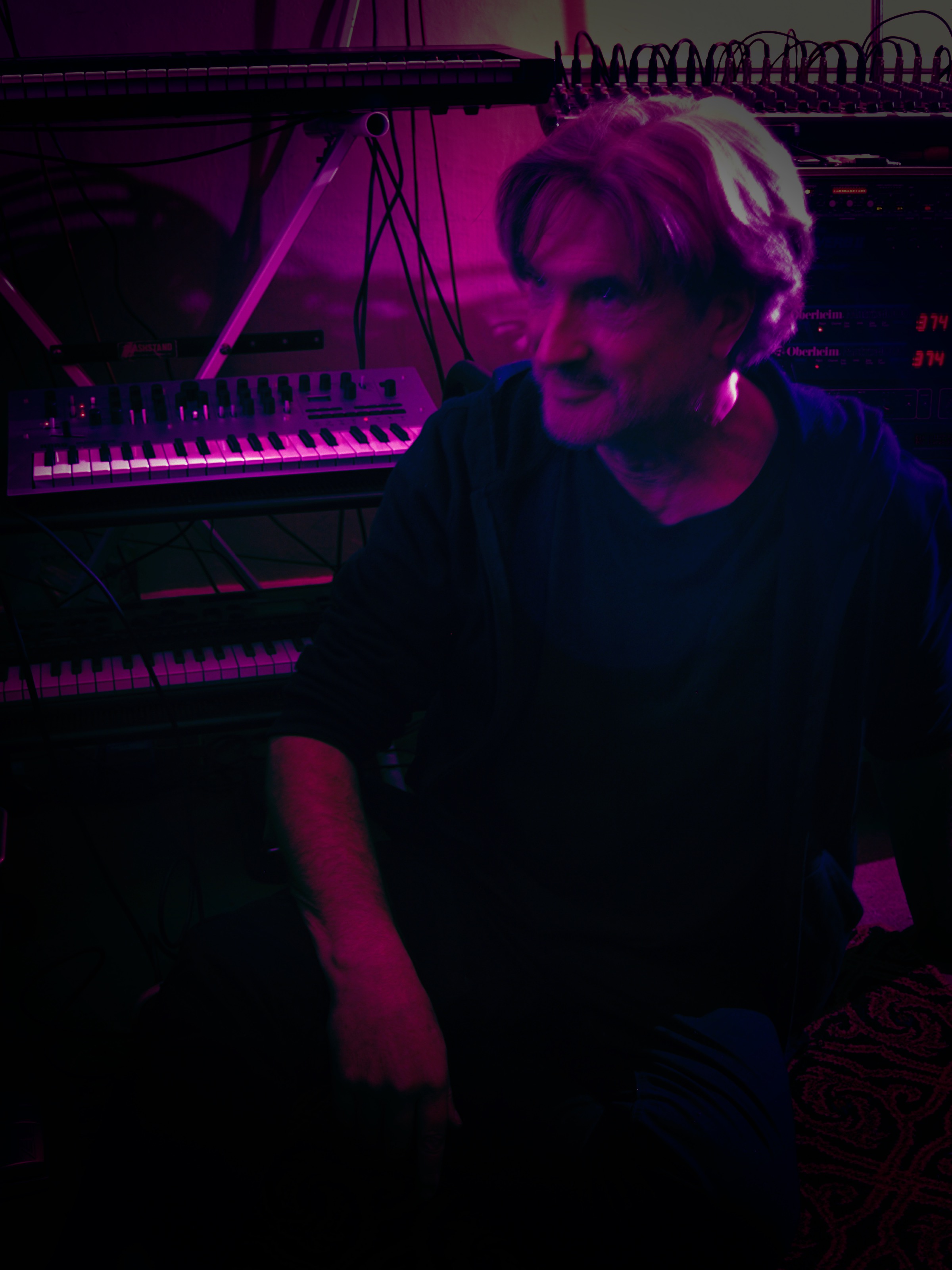 Music is ubiquitous, but I’ve no recollection of any whilst living in Cyprus until the age of four. On return to England my mother’s new transistor radio followed her around the house, crackling out a BBC diet. And then the arrival of a television set, with the first episode of Doctor Who? and The Beatles.

Two years later I was at a primary school in Germany which had an upright piano in the assembly room: officially out-of-bounds but never locked. I sneaked in under the radar, lifted the lid and quietly tapped a key. And then played the same note again. Then played it rhythmically with one finger. Next day I crept back again and played two notes with two fingers, so within 48 hours I’d become twice as good at playing piano.

More ominous radars were rotating nearby, a hundred metres from the school, monitoring the Soviet “threat”. We were on the Cold War’s frontline, with the sound of jet aircraft punctuating every hour. My father invited me to look around inside the flight-decks of the bombers, invoking a fascination with switches and dials.

Back in England again I went to a boarding school in Cambridgeshire which was home-from-home for the choristers of Peterborough Cathedral. When their voices broke they stayed on, all playing classical piano and other instruments. Some were hooked into rock music and had guitars. I’d watch their fingers whilst they played. It’s like language: if you’re surrounded by it then you pick it up.

I got in with a couple of guys who were experimenting with tape-machines, and the school acquired an EMS synthesizer on which I figured out some analogue programming. I listened to a lot of German bands: Can, Neu, Kraftwerk and Tangerine Dream etc.

History of Art was my thing, so I headed for Lincoln College of Art, enrolling for a one-year foundation course where we learned and practised for real: drawing, painting, photography, printmaking, graphic design etc. The lecturers pointed me to Sheffield Hallam University where there was an embryonic department focusing on audio/visual technology arts.

In Sheffield I hooked up again with old school friends Martin Rootes and Ian Elliott. We experimented further and got into the ‘post-punk/new-wave’ scene. Our band “Graph” eventually fell apart, not very long before The Human League also fell apart.

Joining a new-look League I got better access to emerging technologies and the engineering skills of Martin Rushent, recruited to co-produce the next album. Jo Callis (formerly of The Rezillos) was also on board. Alongside Philip Oakey’s talents as fellow synth programmer and lyricist, we combined our varied musical interests and influences. Adrian Wright supplied additional lyrics, with Susan Sulley and Joanne Catherall taking time out from school to add backing vocals.

On paper it didn’t make much sense: two guitarists in a synthesizer band; two schoolgirls with no musical experience; a baritone lead-vocalist; and a producer with a reputation for recording ‘punk’ bands. But it came together with glossy photos and videos, and somehow registered with millions.

After six years of globe-trotting fun and frustrations I lost interest. It was no longer experimental, and it was no longer an adventure. The remaining members were determined to sustain themselves as a pop group. And the very best of luck to them, with my best wishes.

After limited involvement with music over the last 30 years I’ve now recently fallen back into it, in an unplanned way. A collection of vintage synthesizers were shamefully gathering dust in an attic, and deserved better fate. Some of them had done service with The Human League and other projects, and might be of use to somebody. Their condition needed investigation to see if they were in working order. Being modular units they required connection to a keyboard, which then led to routing through computer software, which in turn gave rise to riffs and rhythms. Chords and singing easily fell alongside, so I started recording.

One entire album is now finished, and a second is under way . . . and I’ve been advised to write this short biography.